Mechanisms and physiology of asthma

The asthma session started off with Prof. Arnaud Bourdin talking about mechanisms and physiology of asthma. Prof. Bourdin provided answers to the question “Why do I have asthma?”. He focused his talk on two main processes; airway hyper-reactivity leading to exaggerated smooth muscle constriction, and dysregulation of the epithelium leading to inappropriate responses and failure of the immune system to prevent engagement of the adaptive immune system.

On airway hyper-reactivity Prof. Bourdin shared results from a prospective clinical study of a birth cohort of 411 children showing that children developing asthma by age 7 have lung function deficit and increased bronchial responsiveness as neonates. This deficit seems to progress significantly during early childhood, suggesting that approximately 40% of the airflow deficit associated with asthma is present at birth.

Prof. Bourdin went on talking about the classical adaptive amplification of the immune response upon allergen challenge at the airway epithelial lining. The adaptive pathway (or allergen  dependent type 2 pathway) involves activation of Th2 cells by antigen presenting cells and further activation of B cells leading to production of allergen specific IgE which triggers mast cell degranulation. In this classical adaptive amplification, three main cytokines play an important role; IL-4, IL-5 and IL-13, all three of which are able to drive eosinophil recruitment and together with mediators released by mast cells and other immune cells promote increased bronchoconstriction and goblet cell hyperplasia.

More recently, GWAS studies revealed that loci near the genes encoding TSLP, IL-33 and ST-2 (the IL-33 receptor) are associated with asthma risk in three ethnic groups. These findings led to a new understanding of the role of epithelial alarmins in asthma. The epithelial alarmins TSLP, IL-33 and IL-25 are released from epithelial cells upon various triggers including viral infections and pollutants. This leads to activation of a new group of lymphocytes, the innate lymphoid cells (ILC), where ILC2 cells are predominant in the airways. ILC2 cells are considered the innate “cousins” of Th2 cells and produce high amounts of type 2 cytokines IL-5 and IL-13 which drives eosinophilia among other things. Inappropriate responses induced by the newly identified epithelial alarmins constitute the innate pathway (or non-allergen dependent type 2 pathway) of asthma.

Prof. Bouldin also mentioned that there is a possibility that the release of the epithelial alarmins can active other subtypes of T cells, including Th1, Th22 and Th17, which are eventually involved in the recruitment of neutrophils present in the “low/non-T2 asthma pathway”. This was left with a question mark while waiting for more research.

Towards the end Prof. Bouldin talked about the increased susceptibility to viral episodes in asthma patients that would lead to exacerbations. He presented results from a study showing that asthmatics exposed to rhinovirus have much higher chest scores with a much longer symptom burden compared to healthy individuals.

Prof. Bouldin wrapped up his lecture by sharing what he usually tells his asthma patients:

You likely have asthma due to a mix of:
1) airway hyper reactivity, something that you probably had as early as one month after birth, and
2) epithelial dysregulation that leads to Type 2 inflammation with or without any kind of atopy (adaptive or innate pathway).

This leads to chronic airflow limitation mostly through mucus plugs that to a large extend are related to Type 2 inflammation, and exacerbations that are mostly triggered by viral infections. 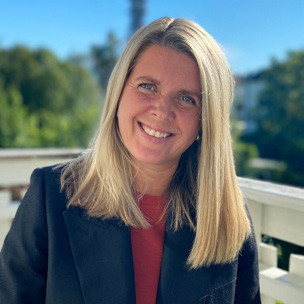 The COPD session started out with Prof. Mona Bafadhel talking about mechanisms of COPD exacerbations. She set the scene introducing known mechanisms for potential obstruction in COPD, including mucus hypersecretion, mucosal inflammation and oedema, and destruction of the alveolus. She pointed out that there are data telling us that perhaps in COPD patients there are defective macrophages, defective neutrophils, associated oxidative stress and dysregulated epithelium. She further discussed what happens in a COPD exacerbation, including drop in lung function, worsening of all symptoms, leukocytosis (increase in white blood cells, usually neutrophilic) and an associate increase in airway inflammation (predominantly neutrophilic). 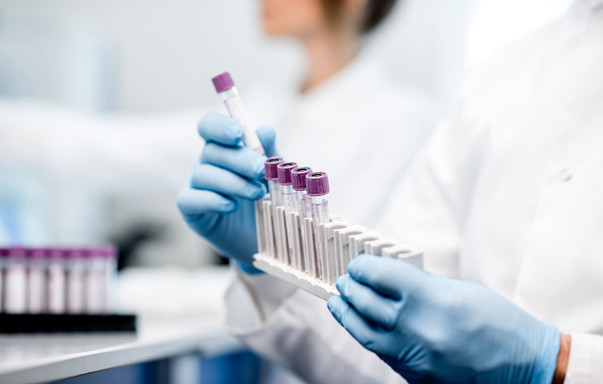 She went on talking about types of exacerbations in terms of infective and non-infective showing that most exacerbations (both hospitalized and moderate) are associated with viral and/or bacterial infections, however in one study as much as 1 in 5 of the population that had exacerbations were found to not have any detectable pathogens. She pointed out that this could be a bias in how we detect pathogens.

Further, Prof. Bafadhel talked about the many attempts to identify biomarkers of COPD exacerbations, which has been very challenging partly due to the huge data sets. However, when reducing data using mathematical techniques 3 “factors” were determined from airway biomarkers at the time of exacerbations;

This led to the idea that you could differentiate exacerbations according to airway inflammation. Further cluster analysis with one biomarker from each factor revealed 4 clusters. When further looking on what was going on in these 4 clusters of groups it was possible to determine the type of inflammation in more detail.

In the next part of the talk, Prof. Bafadhel talked about microbiome changes at the time of an exacerbation and provided evidence that even between the different types of exacerbations (bacterial, viral, eosinophilic/Th2, low inflammatory) there are clear differences in what is going on in the microbiome of the airways, suggesting that there might be an association between exacerbations and the microbiome that should be elucidated in more detail.

Finally, Prof. Bafadhel summarized that the acute events in COPD are not all the same, and we need to try to distinguish individual events and understand them from a populational level. We can see that bacteria, viruses and inflammation play a role – sometimes in isolation, sometimes in combination and sometimes as an absence. In a proportion of patients, we might be able to predict what type of inflammatory state or what potential mechanism may be underlying an acute event from understanding what our patients inflammatory state is like at stable state. Evaluating the potential mechanism can lead to novel targets.

State of the art (recent literature) and treatment approaches

State of the art in asthma
Presented by Prof. Celeste Porsbjerg

The Second speaker in the Asthma session, Professor Celeste Porsbjerg from Copenhagen, Denmark gave a lecture on ‘State of the art in asthma’. During the lecture, Prof. Porsbjerg highlighted two hot topics: Progression in asthma from mild/moderate to severe, and remission of asthma. On the first topic, she referred to a recent article on the Tasmanian health population study in the Lancet [Bui D, Lancet resp med 2020] on different trajectories of asthma. The ‘early onset persistent asthma’ group have an increased risk of developing a spirometric and clinical COPD. The ‘late onset asthma’-trajectory was an outlier in many of the co-morbidities - we could be talking about a fundamentally different endotype.

A recent letter from Lund university [Ekstedt Allergy 2020], states that in allergic asthmatics, patients have a decreased proportion of neutrophils with a phagocytosis phenotype, making them less able to clear inflammation. A part of the group’s conclusion is that it is not solely whether you get inflammation, but whether you can clear your airways.

The second part of the lecture revolved around remission of asthma, highlighting the recent expert consensus framework statement from experts from around the world [Menzies-Gow jaci 2020]. In this framework, a definition of remission as a treatment goal have been proposed.

The figure below is copied in from the framework statement

With these definitions proposed, we are now able to better compare treatments, and hopefully we can move towards having a new goal in the asthma treatment, remission. Remission has several important factors, but especially reducing night-time symptoms and increasing patient self-assessment of asthma control. To conclude asthma remission, we currently have far more questions than answers, but with the definitions from the framework paper, we have a common goal. 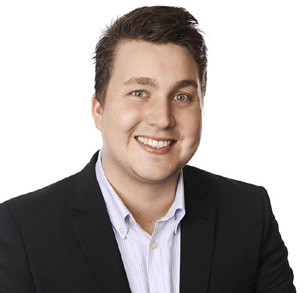 State of the art (recent literature) and treatment approaches

State of the art in COPD
Presented by Timm Greulich

For the ‘state of the art session in COPD’, Timm Greulich from Phillips University in Marburg, Germany started with a brief mentioning that a new review article on alpha-1 anti-trypsin (AAT) have been published [Strnad, NEJM 2020] in the NEJM. Last time such a review was made was over 10 years ago. Beside this short mentioning, the lecture revolved on treatable traits, in stable COPD and in COPD exacerbations, respectively. Four main articles were used, McElnaney NEJM 2020, Lipson AJRCCM 2020, Couturaud JAMA 2021 and Sivapalan Lacent REM 2019.

Timm Greulich then moved on to triple treatment in COPD, using the ETHOS study as example.

In short, the study showed:

–later in the QnA session, one asked if we should consider routinely CT scans, Tim said that in this particular study, 3% of the patients that no-one suspected to have a pulmonary embolism were revealed to have one in the CT scan.

On choosing either antibiotics or OCS for the treatment of exacerbations, Tim Greulich referred to the results of two recent trials. Antibiotics as treatment in a CRP group [Butler NEJM 2019] and OCS treatment based on EOS level [Sivapalan Lancet RM 2019].

Application of current knowledge and clinical perspective with cases

How to manage a patient with asthma
Presented by Dr. Marco Idzko

Next Dr Marco Idzko talked about the asthma management according to the GINA 2020 strategy document. He gave a view of his clinical practice with two patient cases to show, that asthma treatment according to GINA recommendations is useful.

Inflammation is triggering the symptoms and bronchial hyperactivities and therefore it is very important to try to influence the inflammation process as soon as possible. According to GINA, low dose ICS treatment should be started from the beginning. There are many medical options and non-pharmacological interventions which help control the symptoms of asthma patients. How to do this? In GINA guideline there is the Asthma Management Cycle which provides a tool to assess the diagnosis, the symptoms control and the risk factors, inhaler technique and adherence and the patient preference. Dr Idzko underlined that it is very important to adjust the treatment and review the response everytime the patient has an appointment.

Dr Idzko stated the asthma therapy is ideal to manage. The empiric therapy is ICS/LABA and if this does not work you add LAMA. LTRAs are still recommended although they have not shown any additional effect on top of ICS/LABA or ICS/LABA/LAMA. If these options do not work, the possibility of severe asthma should be considered.

Definition of severe asthma: Uncontrolled asthma despite high dose ICS+LABA +/- LAMA or control is achieved only with OCS (≥6 months/year).

Uncontrolled asthma is defined as at least one of the following:

Dr Idzko underlined the importance of always assessing if asthma is difficult-to-treat or severe asthma. He said that more than 80% of patients referred to their department as severe asthmatics, don’t actual have severe asthma but instead have difficult-to-treat asthma. Thus, it is very important to do a detailed clinical evaluation, which means making diffusion capacity measurement, CT scans and complete immunological laboratory tests to exclude vasculitis or other autoimmune diseases. Also known previous conditions, like reflux should be checked before diagnosis of severe asthma is given. If a patient has severe asthma, phenotyping should be considered.

There are different phenotypes with different biomarkers for severe asthma:

Dr Idzko concluded his presentation by summarizing that asthma is an inflammatory disease, 95% of the asthmatics can be controlled with ICS/LABA ± LAMA. Symptoms occur because the increased inflammation and the treatment should be targeted against inflammation. 5% of the patients might suffer from severe asthma.
It is important to recognize the difference between difficult-to-treat asthma and severe asthma. Finally, it is very important always to try to change the treatment along the way and try to use as less medication as possible for the patient to control the symptoms. 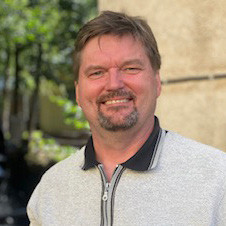